Why We Drink Raw Milk

Today, I am sharing why we drink raw milk. I will go into the health benefits, risks and our personal experience with drinking raw milk. For Nine Years We have been drinking raw milk in our family for over nine years now. When my first daughter, Ruthie, was 18 months old, it became clear to […]

Today, I am sharing why we drink raw milk. I will go into the health benefits, risks and our personal experience with drinking raw milk. 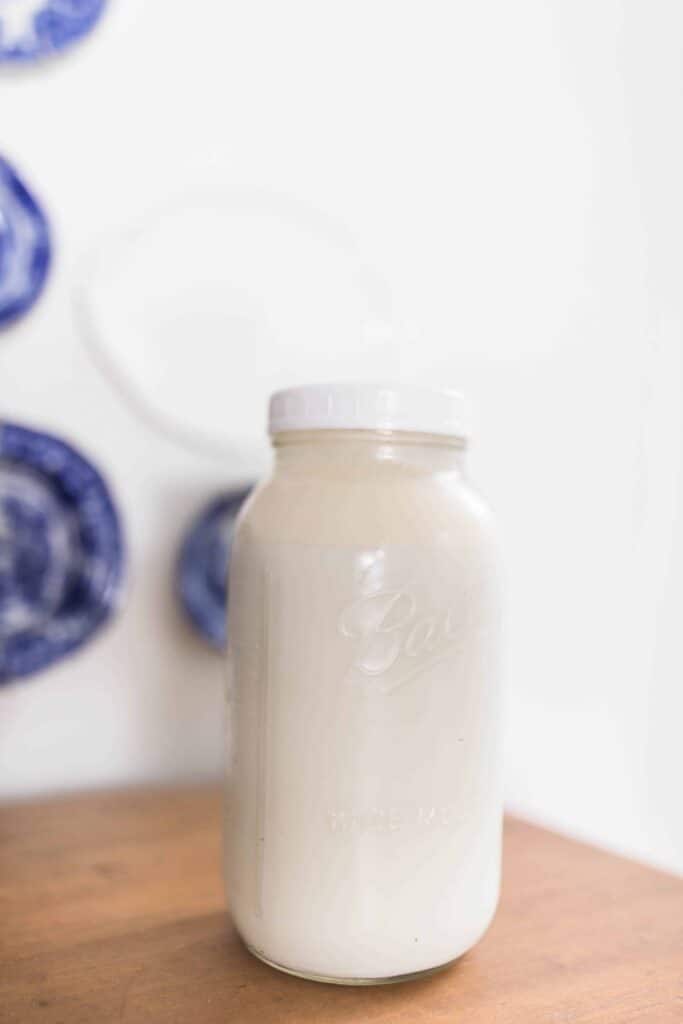 We have been drinking raw milk in our family for over nine years now. When my first daughter, Ruthie, was 18 months old, it became clear to me that we needed to think through the whole milk thing. It’s funny how having a child makes you ponder health things more than anything else. I really should have been researching into all of this, when I was pregnant but you live and learn, right? I was pregnant with my second child already, so my milk supply was decreasing. By about 16 months, Ruth was no longer interested in nursing. Nowadays, it is pretty well known that soy milk is a bad idea. At the time, at least in the health circles I was in, people were still sort of recommending it.

I bought Ruth soy milk and gave it to her in a sippy cup. By the time she was about 18 months, I read into that a little more and decided soy was the last thing I should be giving her.

First Starting Out on our raw milk journey

If you ask your doctor, depending on where you live and who your doctor is, you are likely to get the eye roll and be told you are making a big mistake to drink raw milk. We were told this when we first started drinking raw milk nine years ago. I had one little girl, and I was asking my pediatrician about drinking raw milk. He thought I was crazy for even thinking about drinking raw milk. At the time, I had no experience with raw milk to back my desire to drink it. All I had was internet research. I was hoping we were not making a huge mistake. The first time I gave my daughter raw milk I was just hoping she wouldn’t die.

If you Google raw milk, you’re basically going to think that if you would give your child raw milk they’ll get sick immediately. If you ask your pediatrician, they will most likely say the same thing. So, needless to say, I was a bit hesitant to give my 18 month-old daughter raw milk.

I will go into my experience later, but now we have nine years behind us of raw milk drinking. 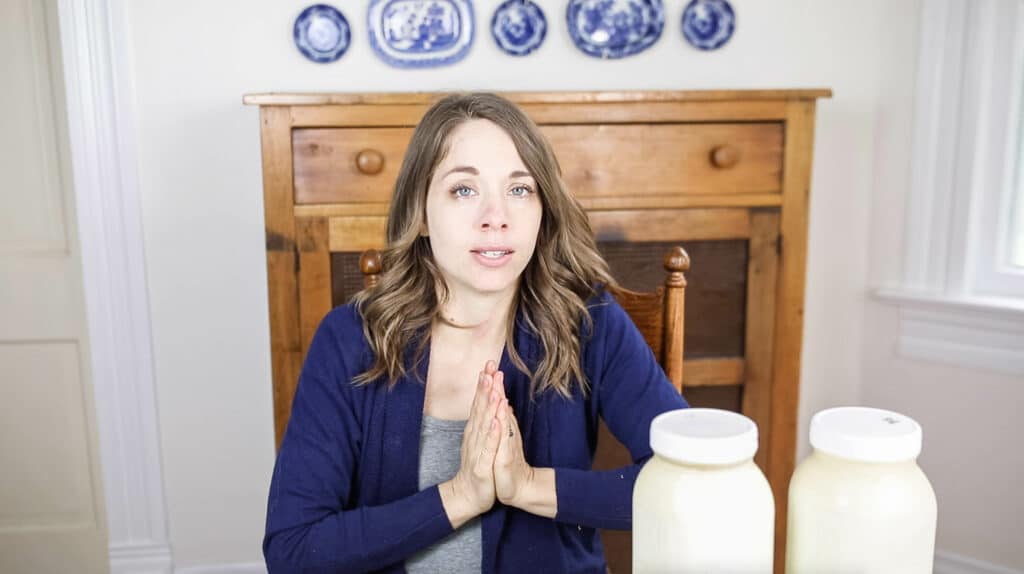 Before I jump into this blog post, I want to first say that this is just my opinions and my experience. I am going to talk a little bit about some research I have done over the years, but for you personally, anything I say, obviously make your own decisions and do your own research. I do have some strong opinions about this topic, but that does not mean that you necessarily should, or that you should take my word for it. Raw milk is a very individual decision, and can even be illegal based on where you live. More on that later.

I am going to be leaving all the links to the resources at the end of this post. 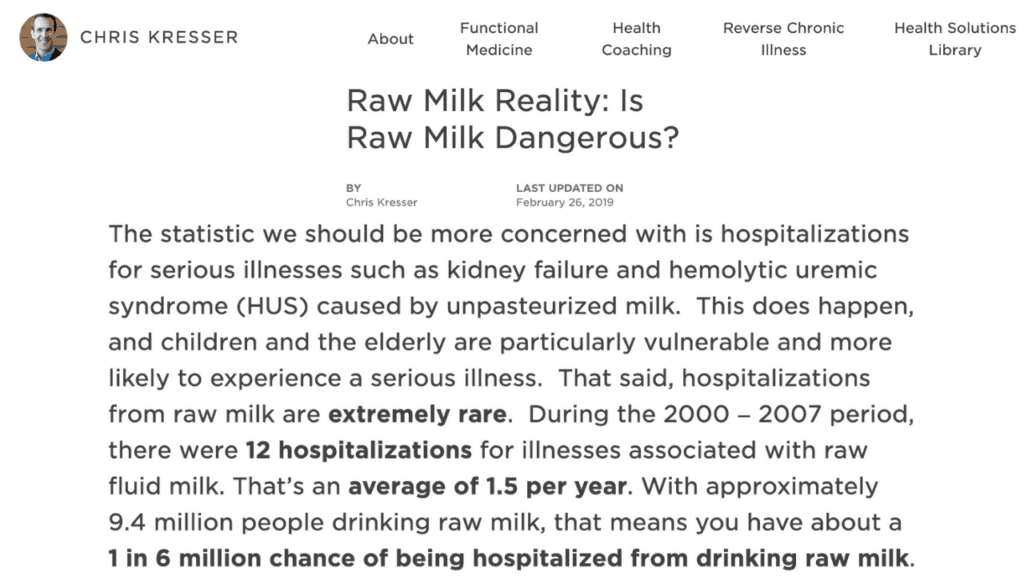 According to Chris Kresser, the risk of developing a serious illness, one that would require hospitalization is still 1 in 6 million (I found this stat from “Raw Milk Reality: Is Raw Milk Dangerous?”). So you are nine times more likely to get sick from raw milk, but still the relative risk of getting sick is extremely small.

This is off topic, but it is sort of similar with having a home birth and figuring out the relative risk difference between that and having a hospital birth. You always have to take the benefits and look at the risks in order to make your analysis. I fell like everything in the medical world is so fear based that we sterilize our entire environment. We do this with antibiotics, antibacterial soap and pasteurized everything! By sterilizing our environment, we are inadvertently creating more consequences and avoid natural remedies out of fear.

Where to purchase raw milk?

Now, something of course to consider is where you are getting your milk from.

Personally, I have toured the dairy farms where we purchase our raw milk. We have purchased raw milk from several different farms over the past nine years, based off of availability, distance, and price. I have also toured a commercial dairy. I have even toured some dairies on the East coast when I went there with Stonyfield. And so, I have seen an organic dairy, raw small local dairies, and commercial dairies.

I can tell you, based off of the smell and the living conditions, that I would not want to drink the unpasteurized milk from a conventional dairy.

For us, we find local dairy farms to purchase milk through networking with friends and asking around in our local chapter Weston Price Facebook group.

Another great place to look is the Real Milk Finder. If you aren’t able to find anyone in your area who is on the farm listings, don’t get discouraged. A lot of times there will be families in your area who only want to take on one or two customers, so ask around!

When we first started buying raw milk, we were purchasing it from two local dairies and then we moved into our current farmhouse and are now purchasing milk from a family who owns a dairy cow. Even one dairy cow produces four gallons of milk a day.

There is that 1 in 6 million chance. I feel like I have to say there is a risk though. However, personally, I feel perfectly comfortable giving my kids raw milk. 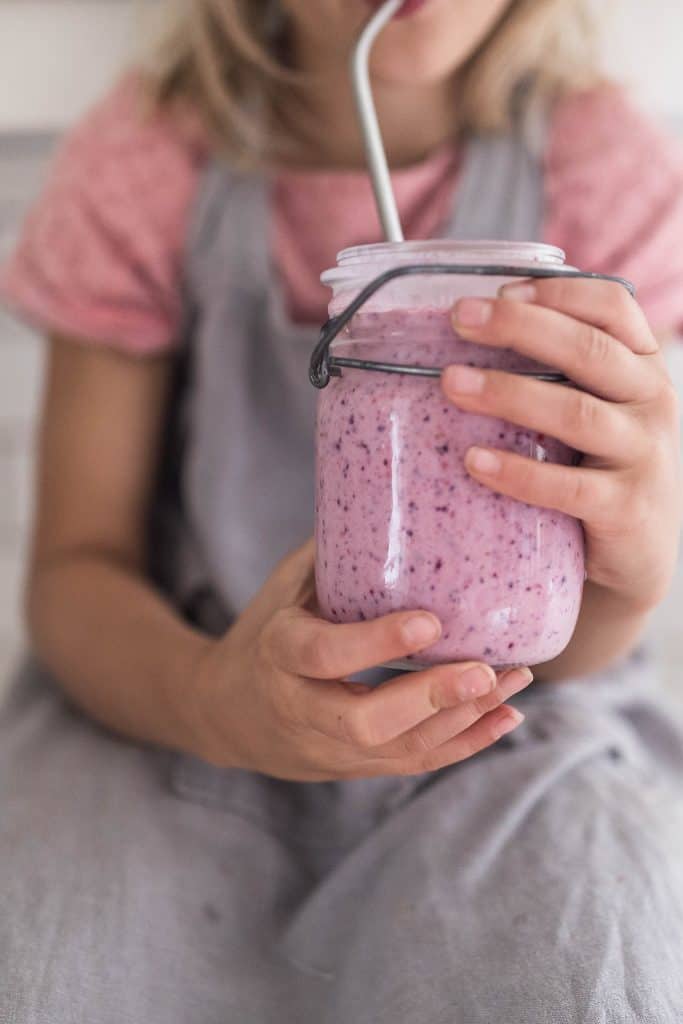 Have you ever gotten sick from drinking raw milk?

No, we have not! We all drink about a quart of raw milk a day in the form of kefir smoothies, butter, sour cream, and yogurt. So far we have never gotten sick from it.

And, yes! I do drink raw milk while pregnant quite liberally. Probably about a quart a day.

Why Do You Not Drink Pasteurized Milk?

There have been studies that have been done that show the vitamin and mineral content in pasteurized milk just isn’t there. The process of pasteurizing, which is just heating the milk up to a certain temperature for an extended period of time, kills vitamin C. 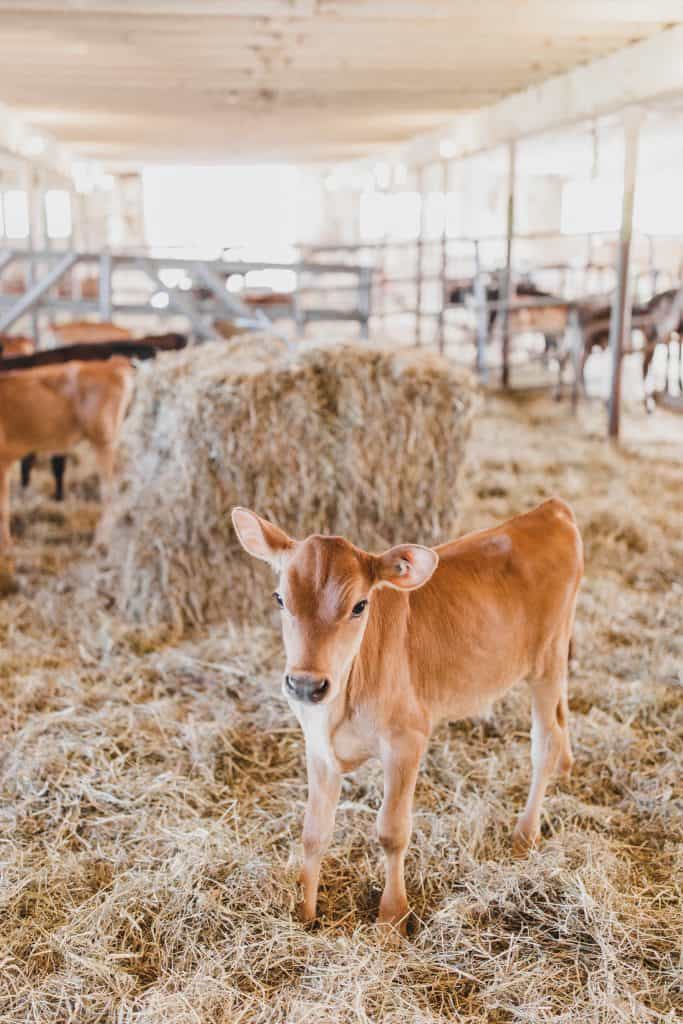 Finding meat and milk sources that are local allow you to see the environment the animals are raised in. This, and the obvious health benefits, are the reason I go out of my way to source local pastured chicken, eggs, pork, beef and dairy. If the ethics are a concern to you, consider visiting a local farm and seeing it for yourself. I am sure you will find that you are quite pleased with how the animals are treated and how they are raised.

What About Raw Milk Alternatives?

A lot of health experts today suggest you drink cow’s milk alternatives, like almond milk, cashew milk, coconut milk, and rice milk. But after doing some research, I realized a lot of those kinds of milk were heavily processed, often times full of sugar. You cannot naturally get milk from almonds and rice. Milk in its raw state is a pure food, easy to digest and full or beneficial enzymes and bacteria.

How does raw milk taste?

I have not had pasteurized milk in so long, but I am quite convinced the taste of raw milk is one million times better! It is so creamy and rich. My kids love to drink the raw milk we buy from the farm. It has gotten to the point where they would just like to drink milk all day, and I need to tell them that they have had enough and need to drink some water! 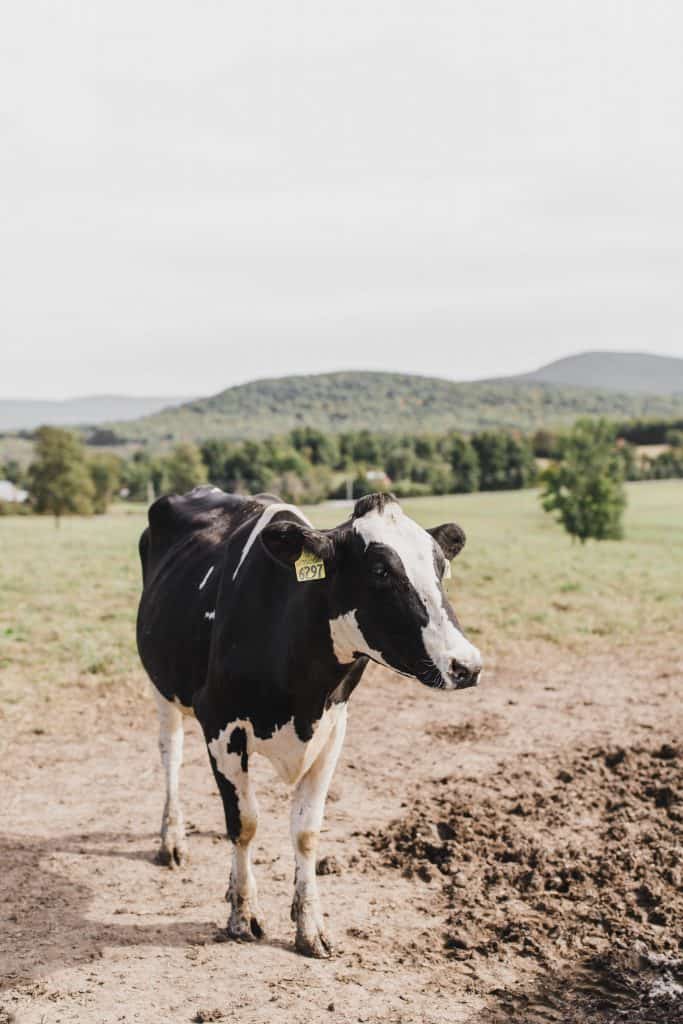 In some states, raw milk is completely illegal. Some places you are allowed to pick it up from a local farm, and in some states it can even be sold in stores. In Missouri, raw milk is legal from local farms. It still cannot be bought in the grocery store.

Check this article to find out if raw milk is legal in your state.

What is the difference between A1 and A2 Milk?

There are two different kinds of protein in milk, A1 and A2. A1 is the protein often found in the common Holstein cow, while A2 is more prevalent in Guernsey and Jersey breeds. The reason people are sometimes sensitive to dairy is because they are unable to digest A1 milk. There have been many studies on the link between A1 milk and health conditions. If you are sensitive to dairy, make sure to ask the local farm if they have tested their cows for which kind of protein is in the milk. You can do this if you work closely with a local raw milk dairy.

Read more on A1 vs A2 milk here: You’re Drinking the Wrong Kind of Milk

How to Make Raw Yogurt

Raw Milk: Everything you Need to Know about Nature’s Perfect Food

The Many Benefits of Raw Milk 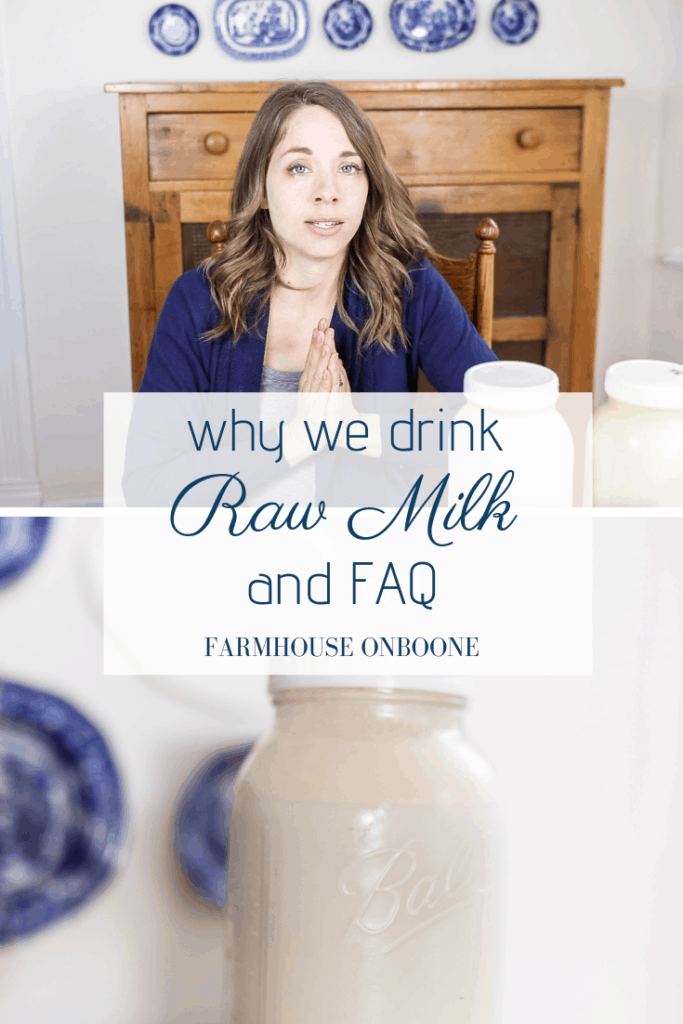