need help with your blog’s photos?
check out my stock photos
Your button text
This post may contain affiliate links. Read my disclosure policy here.
237shares

Learn how to make sour cream from raw milk with this easy step-by-step tutorial. All you need is two ingredients and some time to make this delicious, probiotic rich, homemade sour cream perfect for baking, cooking, and topping your favorite dishes. 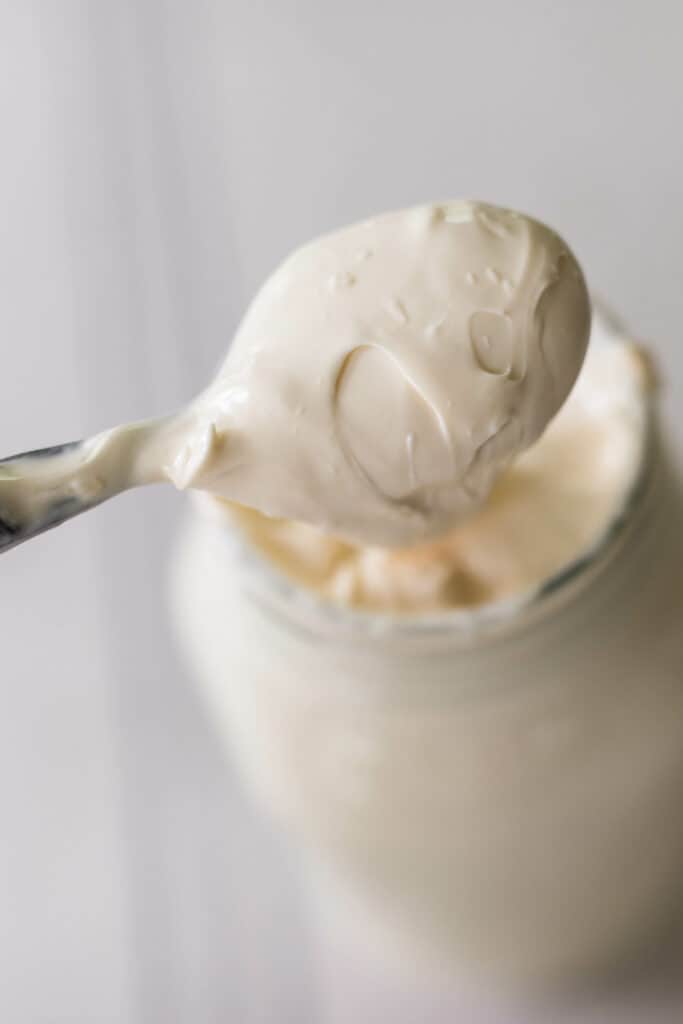 Sour cream is something my family can never get enough of! One of our favorite go-to meals is some kind of cooked meat (whether it be chicken, pork or beef) sautéed veggies, avocado, sauerkraut and sour cream. We just put everything out on the table and dig in. We sometimes throw in shredded cheddar cheese, and some organic tortilla chips if we have them on hand.

You would be surprised how many random leftover fridge ingredients can come together under the umbrella of sour cream and avocado to make for a tasty Mexican feast.

We  are continuing with our raw milk series today by making one of the easiest and most delicious recipes, homemade sour cream. Just in case you missed any of the other posts in the series, I shared how to make raw milk butter in the blender and why we drink raw milk.

This recipe is so simple it is a sorry excuse for a recipe, because it is just really really easy. But boy, it is so good. If you have never tried making this before, you have to try it.

There are actually quite a few different methods to making sour cream. My favorite way to make it only takes two ingredients, but I’ve also included a few other ways you can do it.

When you get raw milk there is just never enough raw cream. It’s so delicious in coffee, butter, ice cream, you name it. Thankfully, we are able to buy extra cream so we can make all the recipes. 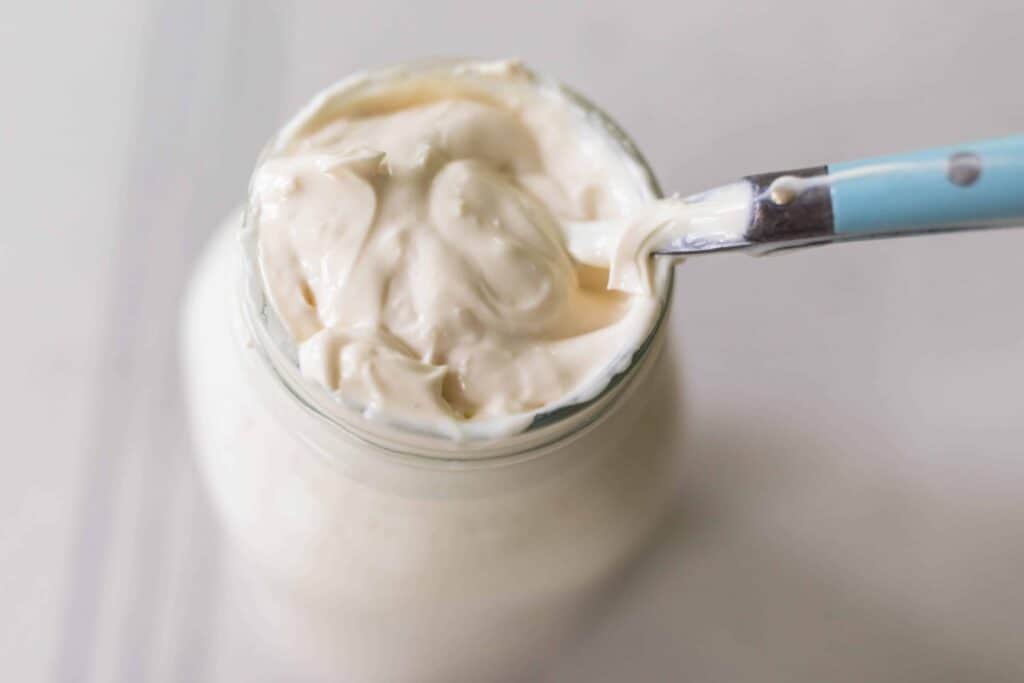 How to make sour cream tips:

Why is my sour cream runny?

Homemade sour cream is not as thick as store-bought because there are no artificial thickeners. Even though the consistency is different, you can still use this recipe in baking and cooking. You could add gelatin to the cold cream before leaving it out to culture to help thicken it.

When I use cream that has been rising to the top for several days, the end result is actually thicker than store-bought.

Do you have to use raw milk?

No, you could make this with pasteurized heavy cream or heavy whipping cream. Since we are a raw milk drinking family and buy all of our milk from our local farm, that is what we choose to use. Do not use ultra-pasteurized cream. One, it is a dead food with no health benefits, but also the results can be inconsistent.

How to store homemade sour cream?

Store it in a tight covered container, like a mason jar, in the fridge for two-three weeks. That is IF your family doesn’t devour it before that time!

Raw milk is higher in vitamins and minerals like vitamin K, C, A. and naturally contains good bacteria and omega 3’s. It also has CLA (conjugated linoleic acid), which can have immune system benefits and may help fight cancer.

This recipe is full of probiotics.. You know how we feel about fermentation. We love getting probiotics in as much as we can from food sources and sour cream is another great way. 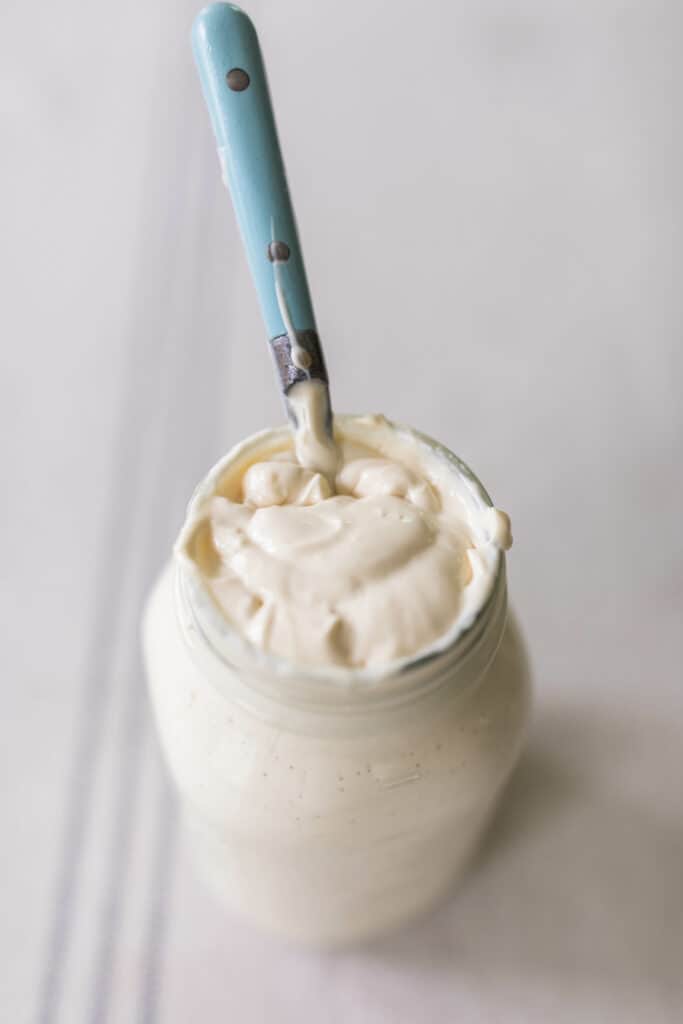 How to use sour cream:

Put it on your favorite Mexican dish (use this sour cream in place of Greek yogurt), use it in baking, top biscuits or sourdough English muffins, or baked potatoes. It gives recipes that richness and extra special taste. I won’t judge if you lick it off the spoon. It’s just that good.

Tools you will need:

How to Make Sour Cream from Raw Milk Video

How To Make Sour Cream from Raw Milk 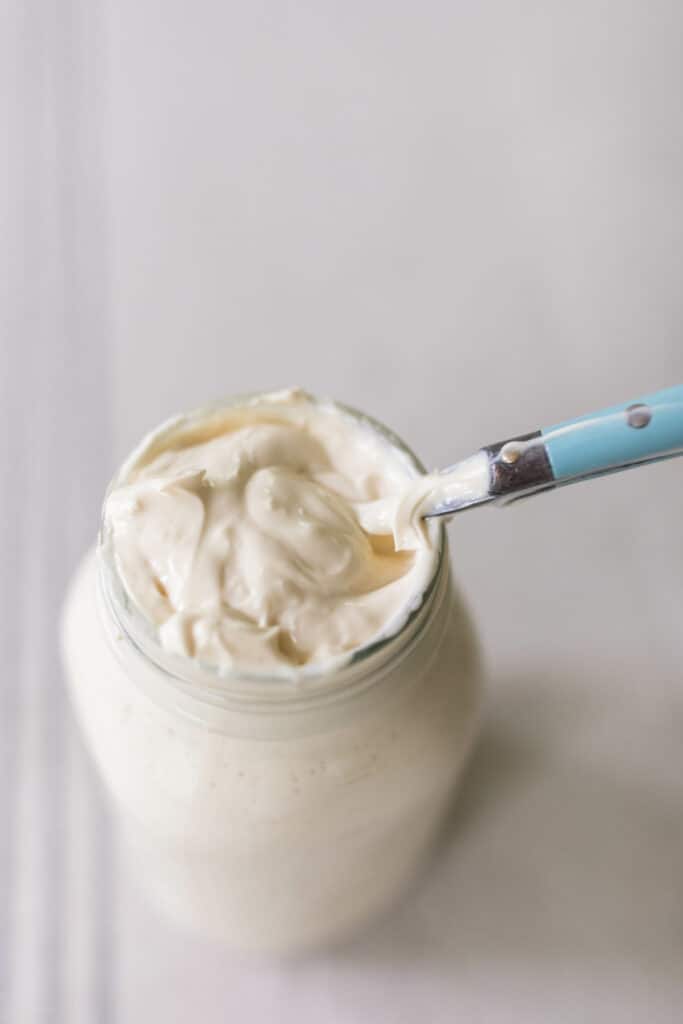 Other ways to make sour cream:

Check out my other posts on raw milk! 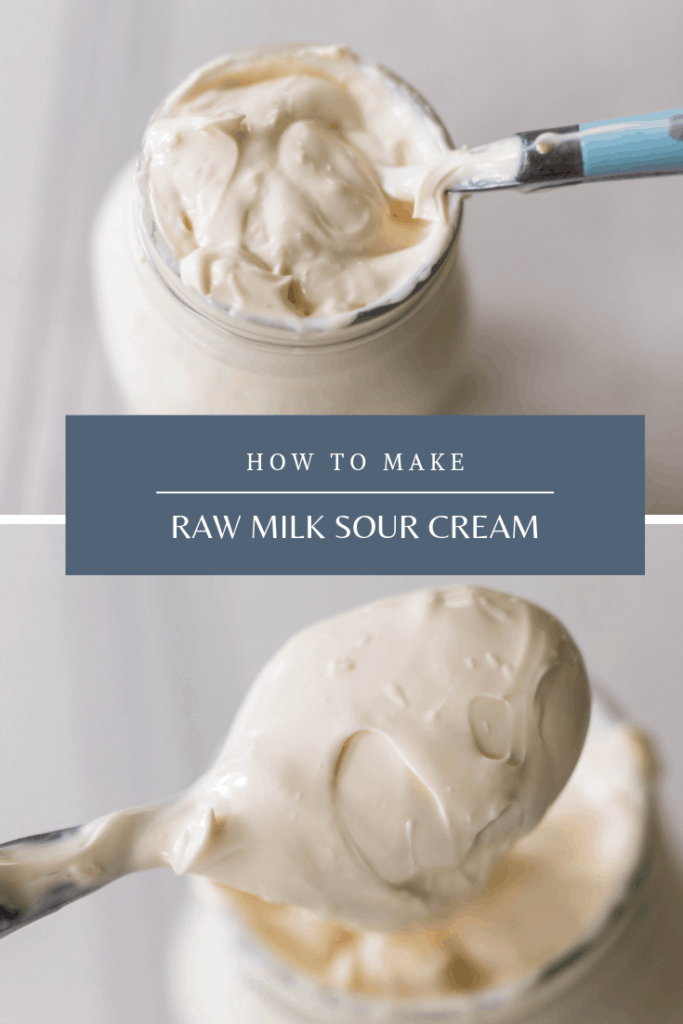 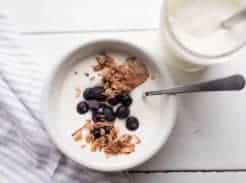 How To Make Raw Milk Yogurt In The Instant Pot 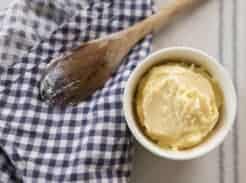 How to Make Raw Milk Butter in a Blender 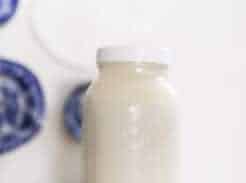 Why We Drink Raw Milk