Sourdough French Toast Casserole is perfect for those loaves of sourdough bread that didn’t rise just right. It is made with fresh apples, cinnamon, and raisins, making it the perfect fall treat. This post may contain affiliate links, which means I make a small commission at no extra cost to you.  The other day I […]

Sourdough French Toast Casserole is perfect for those loaves of sourdough bread that didn’t rise just right. It is made with fresh apples, cinnamon, and raisins, making it the perfect fall treat. 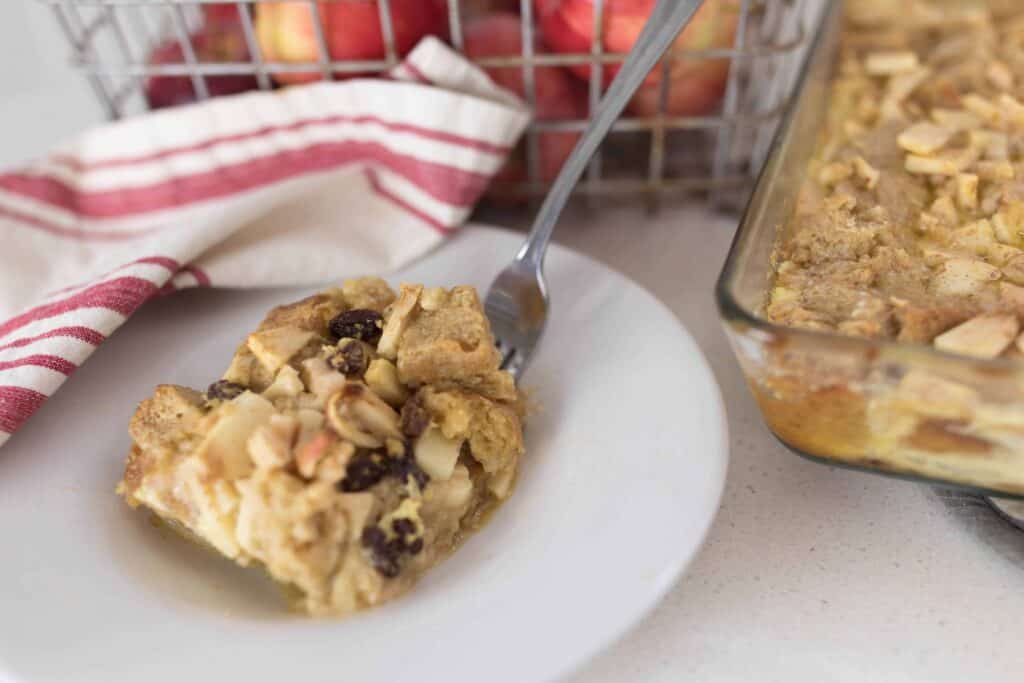 This post may contain affiliate links, which means I make a small commission at no extra cost to you.

The other day I was on the second rise for two loaves of my go-to sourdough bread recipe. If you’re brand new to the concept, traditionally made sourdough bread goes through a 24 hour ferment and then an additional 6-8 hour rise in stainless bread pans. It is made without conventional yeast packets, and uses a native yeast-filled starter for leavening. 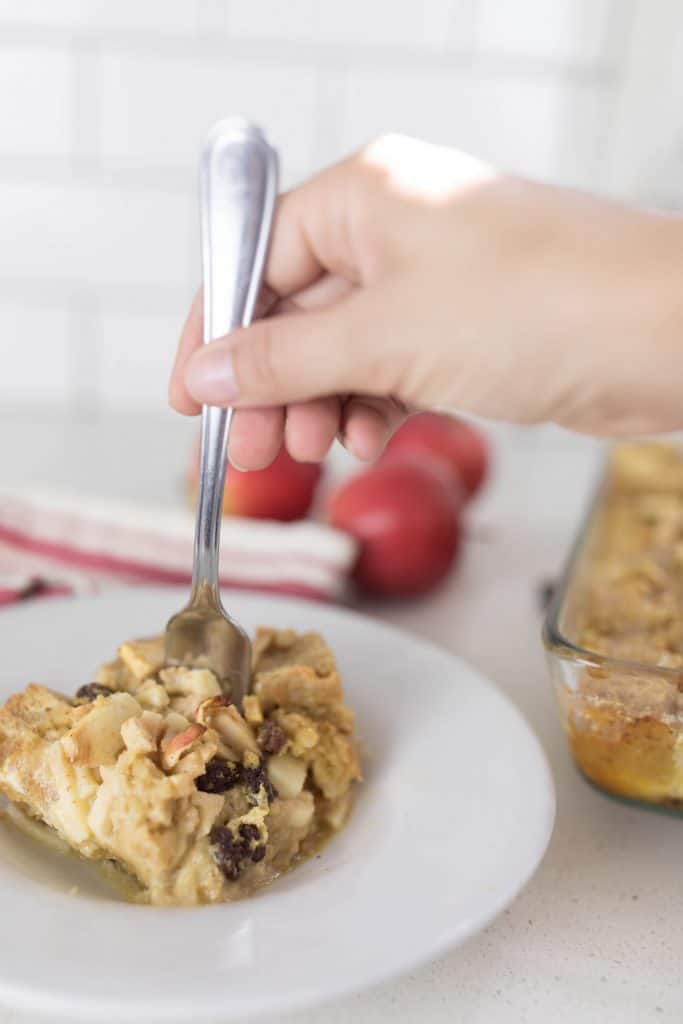 About an hour before the loaves were all set to go in the oven, my husband brought the pans in. (I ferment them outside in the warmer months, so they rise more quickly.) He casually mentioned, “Oh yeah Eli shoved his hand in this one. I hope that doesn’t mess anything up.”

Well, for my non-bread baking blog readers, a punch in a loaf of rising bread is a death blow for the entire operation. Fluffy sourdough bread mission aborted. These loaves would still be tasty, but feel more like bricks than blue-ribbon, prize-winning, sourdough bread.

A run-in with a curious kid is not the only pitfall that can derail a bread making mission. I get messages from readers all the time who had various other things go wrong in the sourdough bread baking process. The starter wasn’t mature enough. They didn’t knead the dough long enough to develop the gluten. They let it rise too long. All this and more.

All is not lost in this situation. There are plenty of recipes that work perfectly for dense, brick-like, sourdough bread. 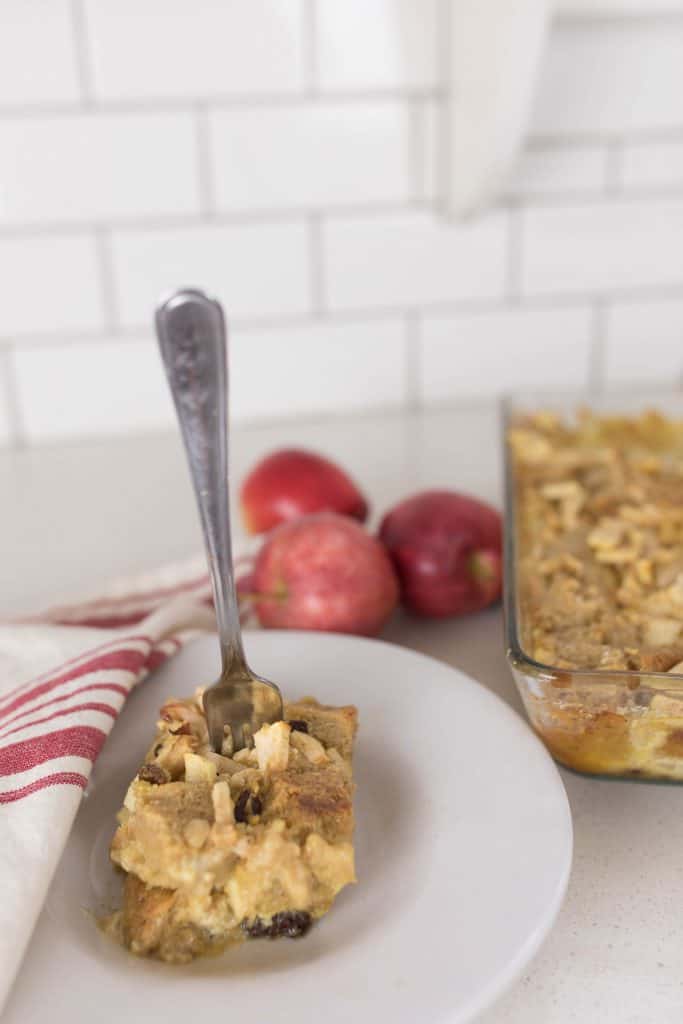 What to do with a bad batch of sourdough bread

Now I imagine you’re a resourceful home cook like myself. There’s no way those long fermented, gut healthy loaves are going in the trash, even if they’ve been deflated by little hands.

I guess I have to thank my five-year-old bread-punching son, Eli, for forcing me to think of it. All the flavor, and health benefits, of the sourdough is maintained. It’s a perfect dish for breakfast. Sometimes I even make a pan of it around mid-morning to have it ready to go for lunch.

I love that it is full of protein, gut-healthy fermented grains, and sweetened with natural maple syrup.

Shoot, sometimes I even make this recipe with bread that came out alright. It’s just that good. 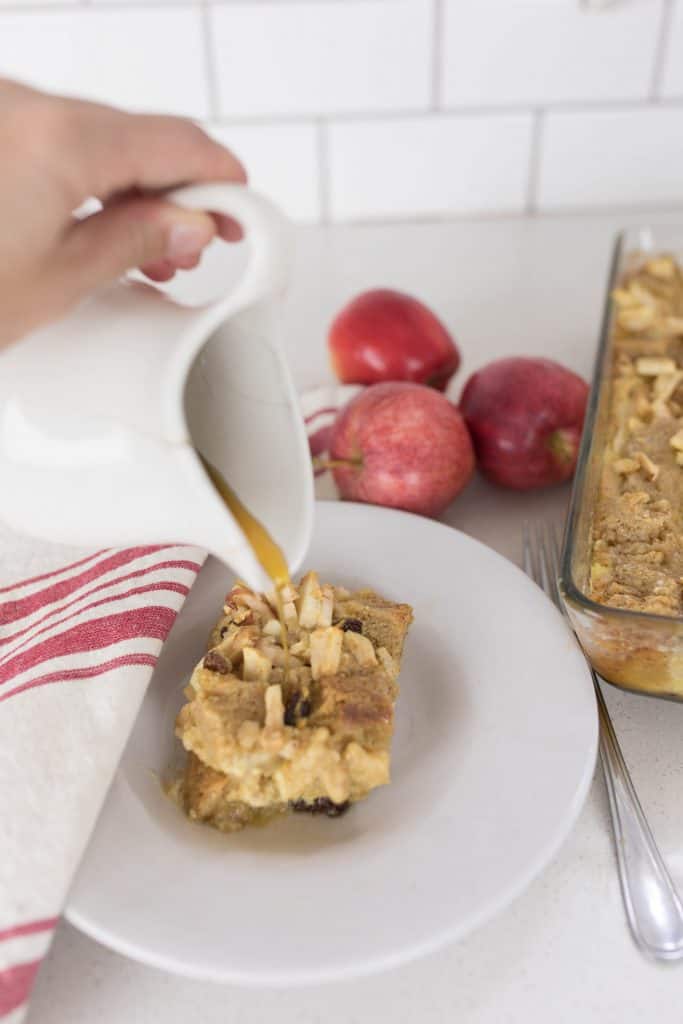 To make this dish extra special, grab a block of organic cream cheese, cut it into one-inch cubes and toss it in just before baking. This variation is more indulgent and creamy. It’s perfect for a Sunday morning brunch, served alongside fresh fruit.

Omit the apples and raisins. Instead, add one can (15 oz.) of pumpkin, 1/2 teaspoon cloves, and 1/2 teaspoon nutmeg to the egg and milk mixture.

Omit the apples and raisins. Instead, add in two cups of fresh or frozen blueberries. This variation also tastes great combined with a block of cream cheese (like in the first variation).

When do we eat sourdough french toast casserole?

Though it’s perfect for breakfast, we make this recipe for lunch or dinner also. The eggs and milk make it rich in protein. Long fermented, traditionally leavened, sourdough bread adds a punch of nutrition. If I’m serving it for dinner, I usually serve it alongside some fried eggs. That way we have something salty to add to the meal. 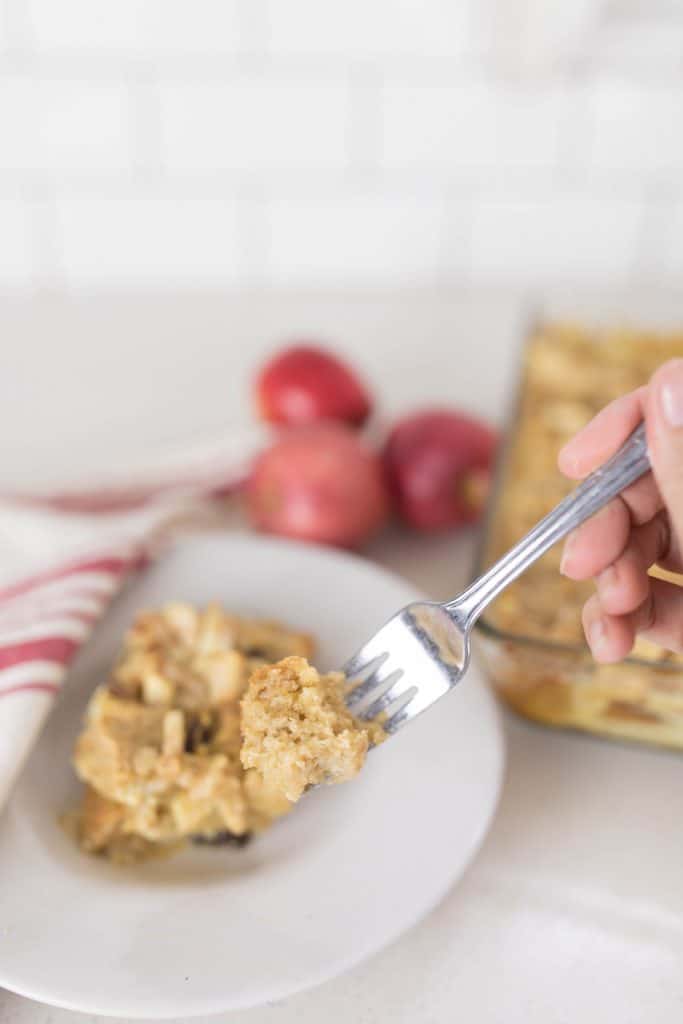 Once you get the hang of making homemade sourdough bread, I promise the results get more consistent. You know just what you’re looking for when kneading, to be sure the gluten is fully developed. You know how to let it rise just enough, but not too much. Practice makes perfect and the whole process will become ‘old hat’.

Before achieving that comfortable stage, many a sourdough bread bakers face the common dilemma; sourdough bricks.

But, lest you think this frugal momma has ever thrown one of the less-than-perfect loaves into the trash can, let’s talk about a few more redeeming options.

These are perfect atop those early spring garden greens. Heck, you might want to make this with perfect loaves!

Bread Crumbs in a Recipe

Next time you end up with a sourdough brick, crumble the loaf into a gallon-size storage bag. Place it in the freezer, and pull it out next time a recipe calls for bread crumbs.

They also taste great seasoned with olive oil and salt, sprinkled over eggs, macaroni, or vegetables. 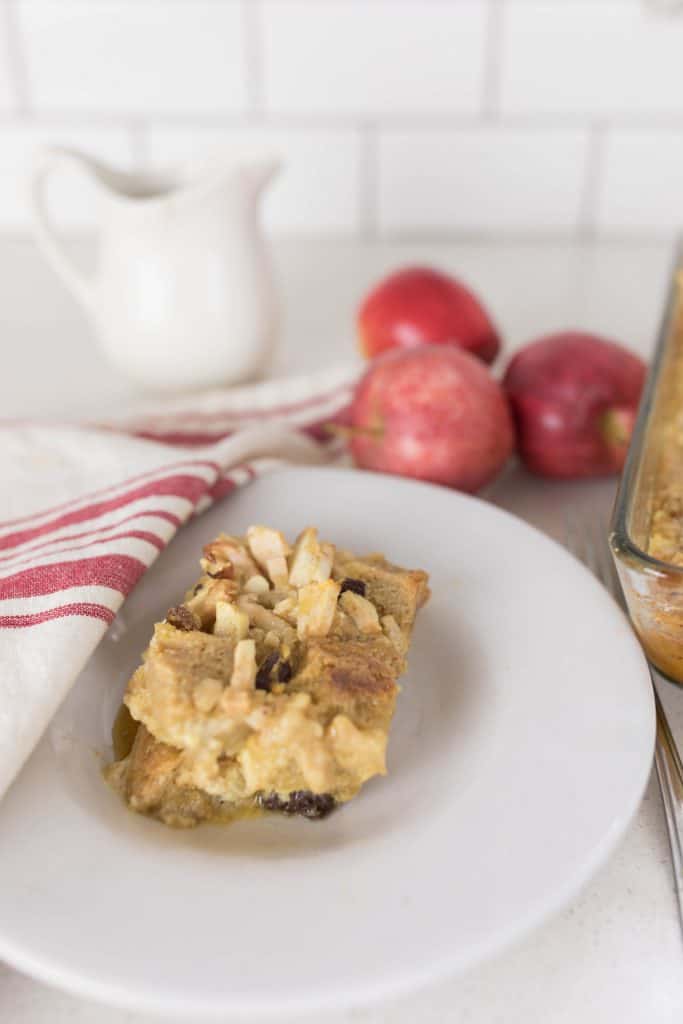 I love to buy einkorn, gelatin, supplements, avocado mayo, salt, creamed coconut, coconut milk, and spices from here. They have quite a few things that are actually cheaper than Amazon! You can get 25% off your first order through my link. 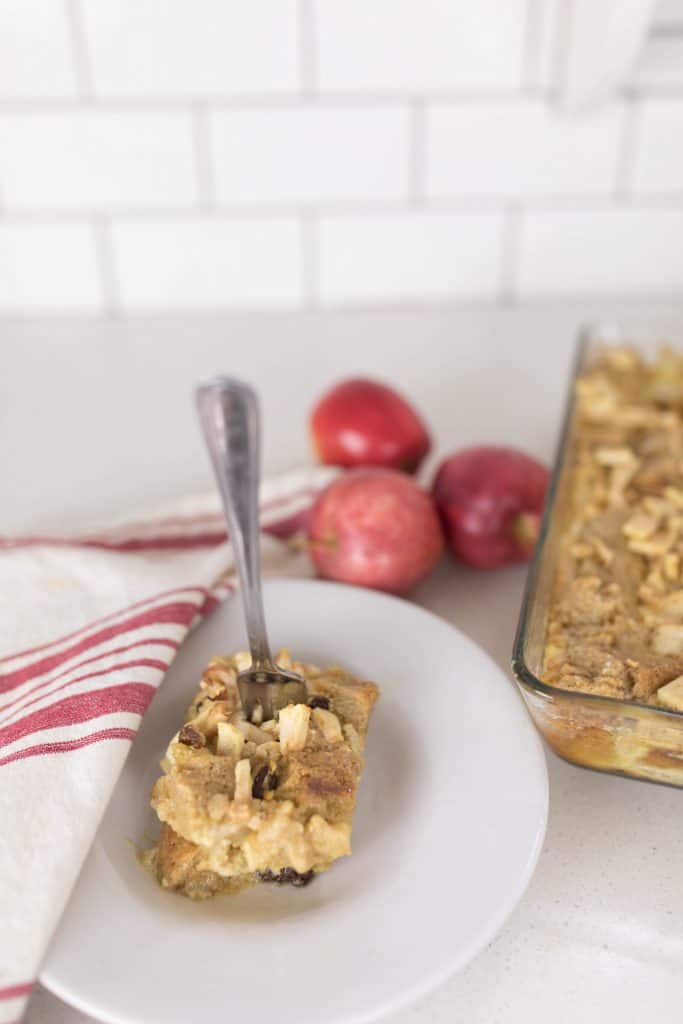 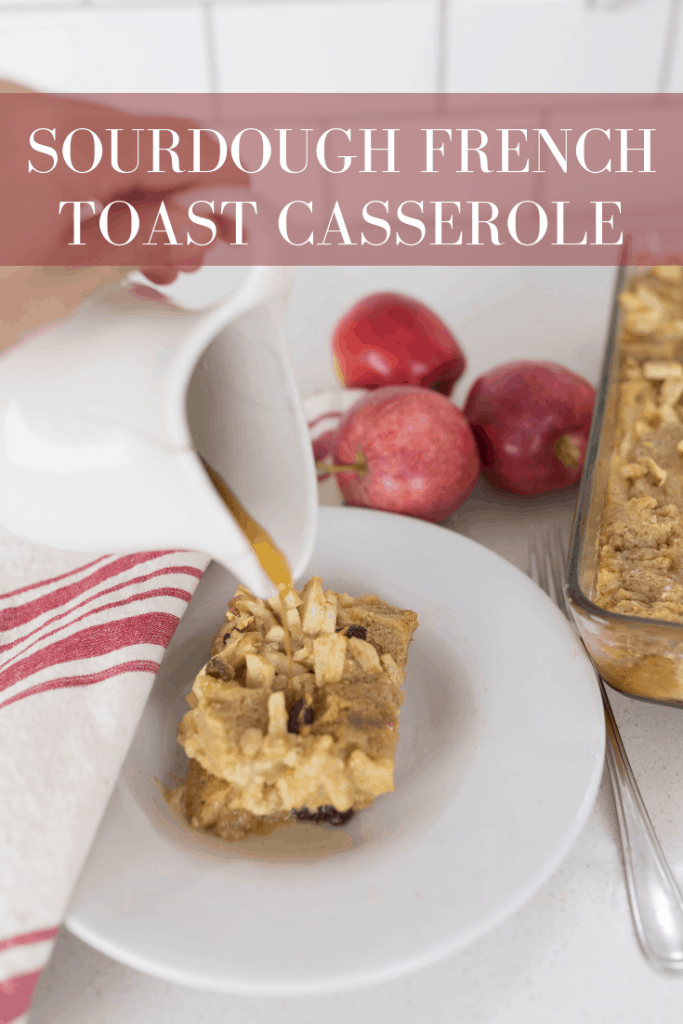